This is the first tutorial where we demonstrate the general use of GIMLi in Python, i.e., pyGIMLi.

The modelling as well as the inversion part of GIMLi often requires a spatial discretization for the domain of interest, the so called GIMLI::Mesh. This tutorial shows some basic aspects of handling a mesh.

First, the library needs to be imported. To avoid name clashes with other libraries we suggest to import pygimli and alias it to the simple abbreviation pg: CR

Every part of the c++ namespace GIMLI is bound to python and can be used with the leading pg.

For instance get the current version for GIMLi with:

Now we know the name space GIMLI and can create a first mesh. A mesh is represented by a collection of nodes, cells and boundaries, i.e., geometrical entities.

A regularly spaced mesh consisting of rectangles or hexahedrons is usually called grid. However, a grid is just a special variant of a mesh so GIMLi treat it the same. The only difference is how they are created.

GIMLi provides a collection of tools for mesh import, export and generation. A simple grid generation is built-in but we also provide wrappers for unstructured mesh generations, e.g., Triangle, Tetgen and Gmsh. To create a 2d grid you need to give two arrays/lists for the sampling points in x and y direction, respectively, or just numbers.

The returned object grid is an instance of GIMLI::Mesh and provides various methods for modification and io-operations. General informations can be simply printed.

You can iterate through all cells of the general type GIMLI::Cell that also provides a lot of methods. Here we list the number of nodes and the node ids per cell:

To find the grid generation input arrays x and y, you can use the build-in GIMLI::Vector (pre-defined with value type double as pg.RVector), standard python lists or numpy arrays, which are widely compatible with GIMLi vectors.

We can find that this new grid contains

The mesh can be saved and loaded in our binary mesh format .bms. Or exported into .vtk format for 2D or 3D visualization using Paraview.

However, we recommend visualizing 2-dimensional content using python scripts that provides better exports to graphics files (e.g., png, pdf, svg). In pygimli we provide some basic post-processing routines using the matplotlib visualization framework. The main visualization call is pygimli.viewer.show which is sufficient for the most meshs, fields, models and streamline views. 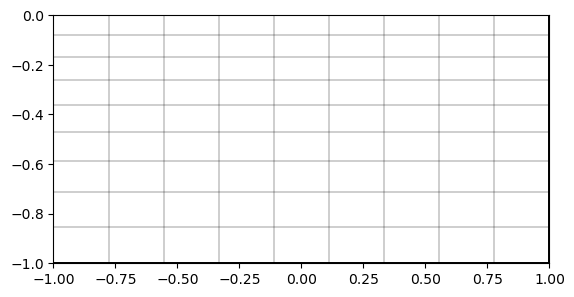 For more control you can also use the appropriate draw methods pygimli.mplviewer.drawMesh. 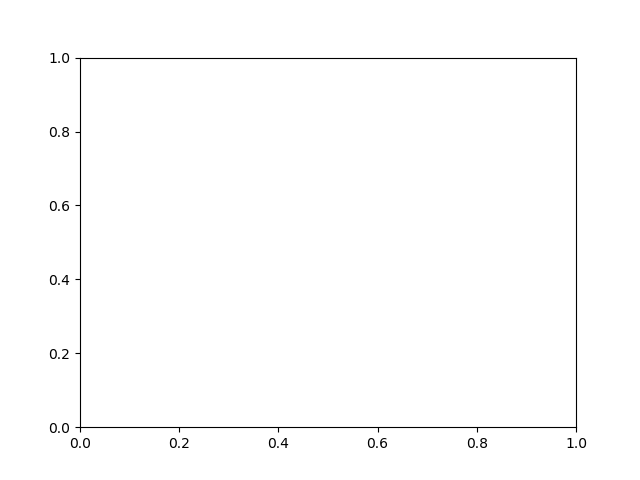 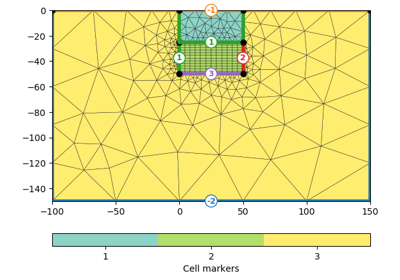 Building a hybrid mesh in 2D 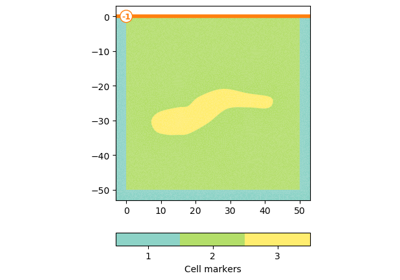 Meshing the Omega aka. BERT logo 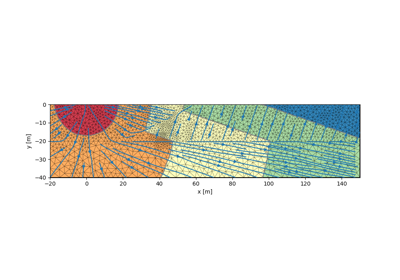 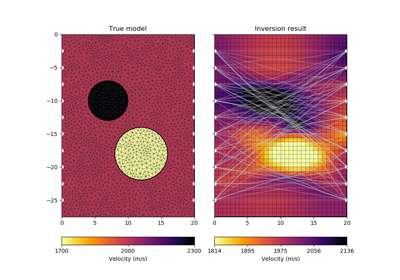 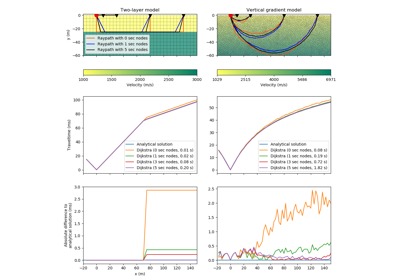 Raypaths in layered and gradient models 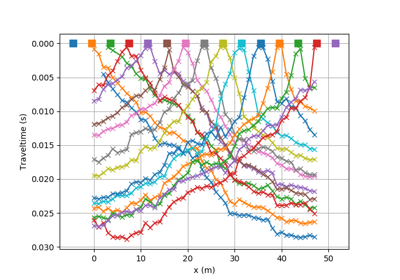 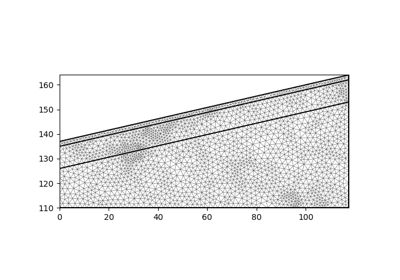 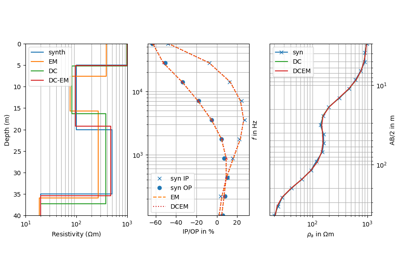 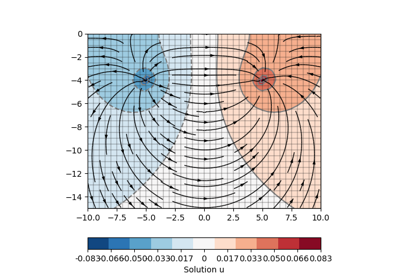 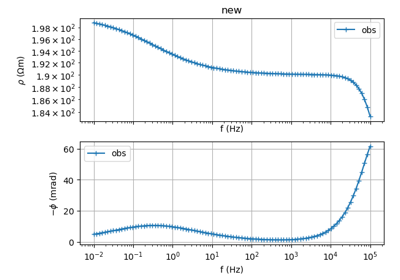 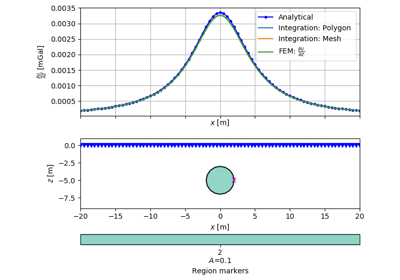 Gravimetry in 2D - Part I 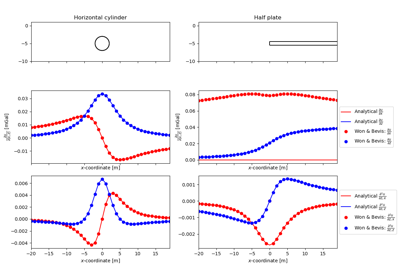 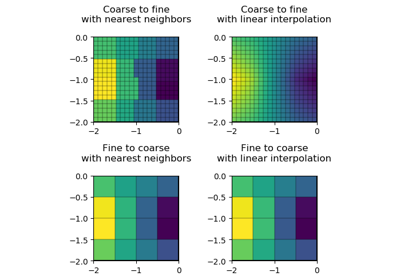 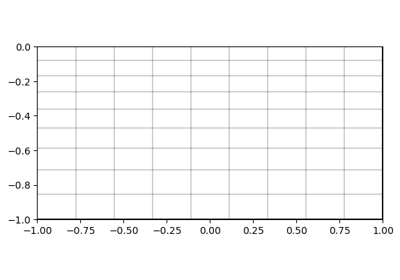 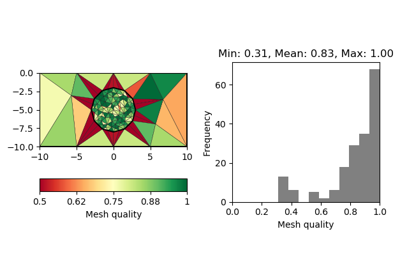 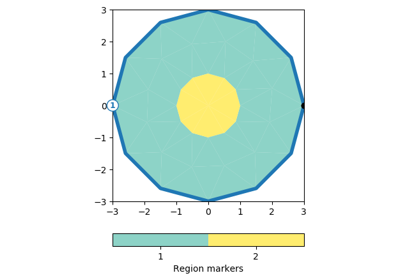 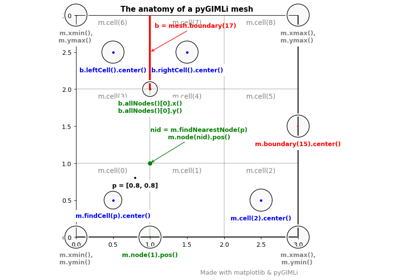 The anatomy of a pyGIMLi mesh 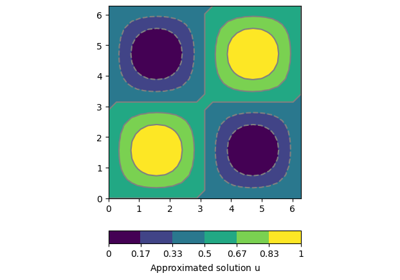 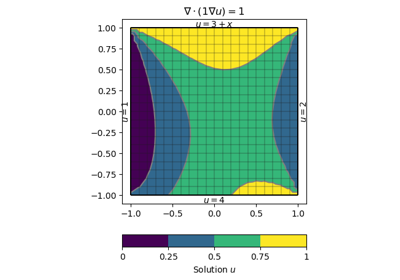 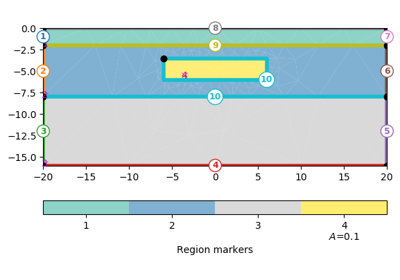 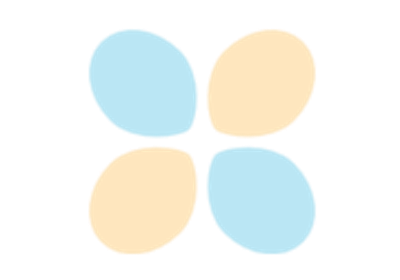 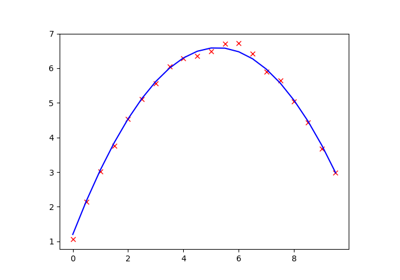 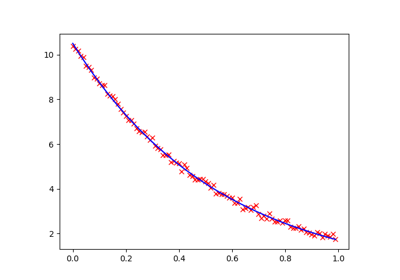 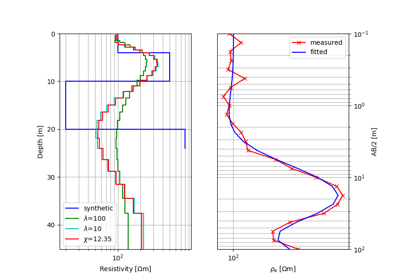 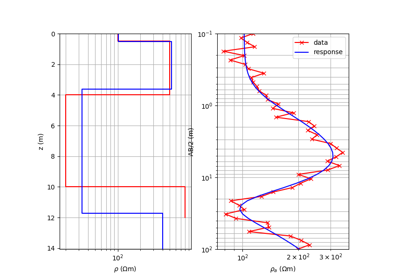